Gamereactor Sverige. Kolla in stekheta speltrailers samt uttömmande intervjuer från spelvärldens största spelevenemang. Gamereactor uses cookies to ensure that we give you the best browsing experience on our website. If you continue, we'll assume that you are happy with our cookies policy

Soon, Blizzard is releasing their second expansion to WoW: Wrath of the Lich King, introducing tons of new content; dungeons, zones, levels etc and even WoW's first new class since launch. Lasse Jakobsen spoke to Cory Stockton, Lead Level Designer, to learn all about it.

World of Warcraft: Wrath of the Lich King 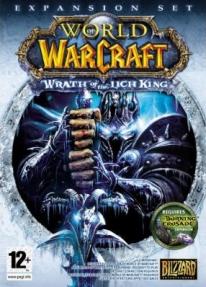 Hell is Others (Rebeca Let's Play)

New on Netflix in the Nordics - February 2023

Darby and the Dead - Official Trailer

Fleishman Is In Trouble - Official Trailer

The Day Before - Playing Short